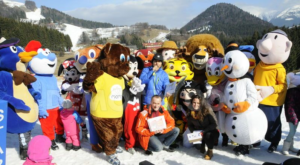 The Southern Tasmanian Ski Association held its July meeting last night, with a focus on final preparations for the 2016 season. Indications are that the season could get underway either this weekend or next, with Wellington Outdoor and Ski Club rostered for this weekend (23-24 July), and the Hobart Walking Club/ Alpine Club of Tasmania the following weekend (30-31 July).

The meeting received a comprehensive report from the Mount Mawson Ski Patrol, who have purchased a number of new items of safety equipment. It is also pleasing to learn that three new volunteer patrollers have joined the ski patrol. Clubs are asked to encourage members to undertake ski patrol or first aid training and get involved with this important and rewarding part of our activities.

A number of working bee tasks have been completed over the past month. The Mawson tow motor has been refuelled with diesel ready for the season, and Ian Stewart has continued his excellent work on the webcam system. It has been recognized that battery charge is a key factor in being able to keep the cameras operating, particularly if the defrost capability is activated, and so an additional 200 W solar panel has been installed on the Mawson motor hut roof to keep the system charged. Craig Larsson has continued his work on fine tuning the fuel injectors on the Rodway tow motor so that this important tow is ready to run if we get a good snow cover on the Rodway run.

With the new lifting ropes over the Summer it is hoped that the first duty club does not have to tackle the task of excavating the tow rope from under the snow as happened in 2015. The STSA is now ready to operate the Mount Mawson Ski Field as soon as there is sufficient snow cover to safely operate the tows. With snow forecast for Friday night and Saturday we will be closely watching the new webcams…

← PREVIOUS ARTICLE
Good Start to Season, with more to come