Fresh Snowfall – are we in for an early season? 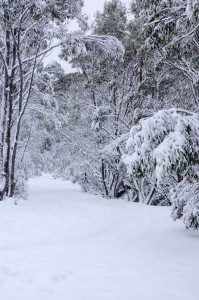 Snowfalls in Southern Tasmania over the past few days suggest a glimmer of hope for an early season start at Mt Mawson. But before we get too excited, remember that we can often get these kinds of “teasers” in June, only to find that they melt in a week or so. I hope that’s not the case this time and what we’re seeing is a good solid start to building a ‘base’. I’m pretty keen to slap on the ski’s and get up there.

Often the return to effective snow falls that will get the season rolling isn’t until mid July or even August. We’ve had plenty of great seasons where the snow has come late, so don’t despair if this lot fizzes out!

I've been involved with Mt Mawson since 1990 as a volunteer and I'm a member of the Oldina Ski club. I'm into skiing, a bit of snow boarding, snow shoeing and I'm partial to taking the odd photo.

View all articles by Bishwa Oakes »