It was like the Boxing Day sales at Mt Field National Park this weekend as visitors flocked to see the beautiful fagus display. Golden colours were spectacular around Lake Fenton, and up on the Tarn Shelf the fagus had turned a beautiful russet colour as it entered the final phase of its annual leaf shedding.

On Saturday Vos Construction’s builders were also on the mountain, taking advantage of the excellent weather to start putting the roof beams in place for the new Mt Mawson Public Day Shelter. The two buildings (Day Shelter, and STSA Ticket Office and Mt Mawson Ski Patrol First Aid room) are really starting to take shape. Everyone is hoping the weather holds off long enough for the buildings to be made weatherproof before the snow arrives. 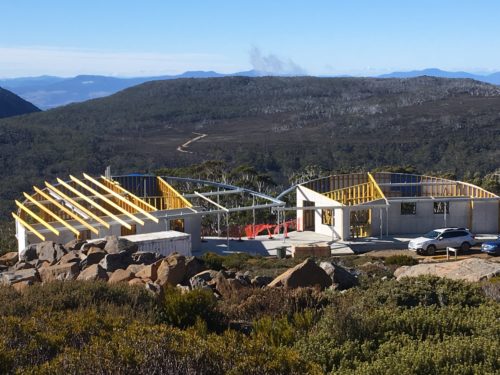 “Super Saturday” also brought out a good number of volunteers to help with the STSA April working bee, followed by an equally good turn-out on Sunday. It was great to see some new volunteers coming along to their first working bees to help get the Mt Mawson Ski Field ready for winter, including an excellent turn-out from the Wellington Ski and Outdoor Club. The group split into groups of two or three, with some focussing on attaching new slats to three new panels of snow fence, and others tackling the difficult task or shoring up broken sections of existing snow fence. This involved building new supports and a tripod to hold up the old fence, which was then straightened and integrated with the new section. Slats were reattached, wire tie-downs fitted and all the excess old timber carried down off the mountain. A great effort! 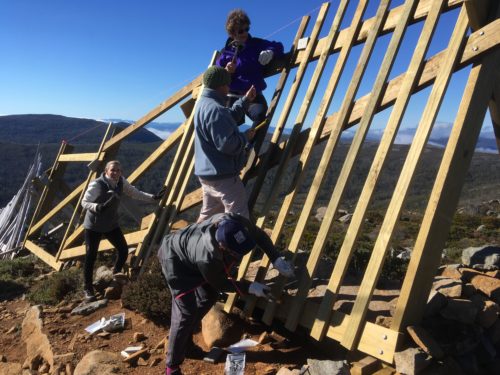 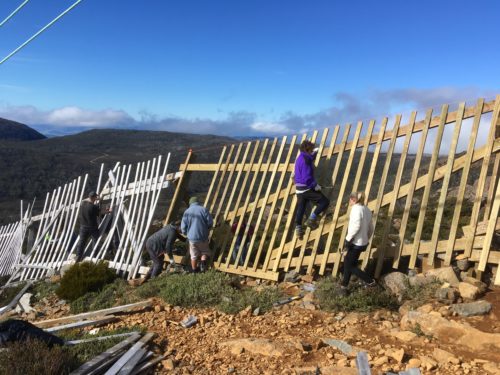 Great teamwork as the new slats are completed, whilst work starts on the old fence 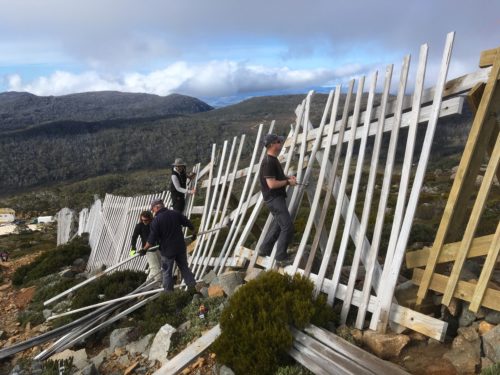 On Sunday a new team of volunteers arrived on the mountain and rapidly constructed a new safety fence below the Uni Tow hut, started work on straightening some pulleys on Uni tow, refuelled the Mawson tow motor and loaded a big tandem trailer with scrap timber to be removed from the mountain. 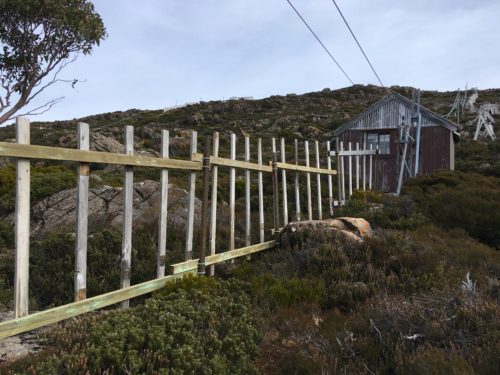 Overall it was a very productive weekend on the mountain, and a big thanks to all the volunteers who helped out: