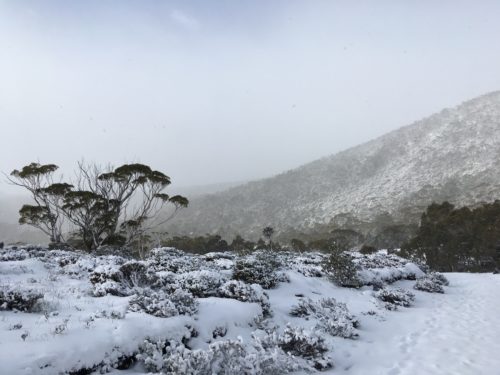 This has been one of those classic Tasmanian winters where it seems to be nice and warm during the week (when you’re in the office!) and then packs in on the weekend. In addition the Bureau of Meteorology data confirms that while the Winter Season in Tasmania was wetter than normal, both maximum and minimum temperatures higher than the long term average.

This pattern appears to have repeated this weekend – with a very warm week, but with snow forecast to 600 metres on Saturday and Sunday. Whilst this will freshen up the slopes on the Mt Mawson Ski Field it will be too late to ensure good cover for this weekend, and in addition it will be windy and somewhat unpleasant at 1200 metres elevation. Hence a decision has been made not to run the tows this weekend, which brings us to the end of the rostered club weekends for this season. We will however watch what this weather outbreak brings, as in the past we have been able to operate after Grand Final weekend. In the meantime enjoy your weekend, and we will keep you updated on developments at the Mt Mawson Ski Field.

NEXT ARTICLE →
Season pause – Tows on hold this weekend

← PREVIOUS ARTICLE
The Fagus is early this year