There has been a lot of media discussion about the extremely cold conditions and strong winds affecting Tasmanian over the June long weekend, but it did not deter the volunteers from the Mawson Ski Club who put in a huge effort to prepare the ski tows for an early-season start to the ski season in Tasmania. Their efforts were rewarded with a great day on the ski field yesterday to celebrate the Queen’s Birthday, with a large turn out of enthusiastic skiers and boarders enjoying excellent snow conditions.

After a full day and half of preparation the Mawson tow was up and running early on the Monday public holiday for the crowd of visitors arriving, but it soon became apparent that the volunteers would have to turn their attention to digging out the University tow as well. This was a somewhat daunting task as the ropes were buried deep in a snow drift, but as with everything at Mt Mawson the community spirit comes to the fore. It was not long before about twenty volunteers were manning the shovels and after an hour and a half of digging the ropes were freed and the University tow started. 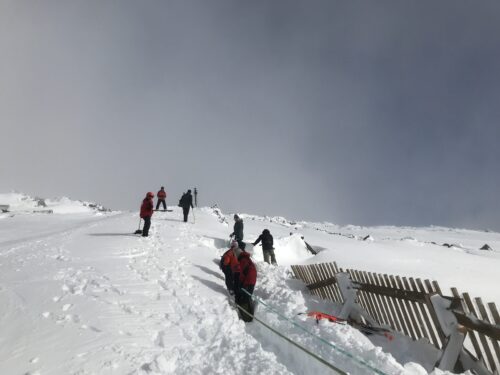 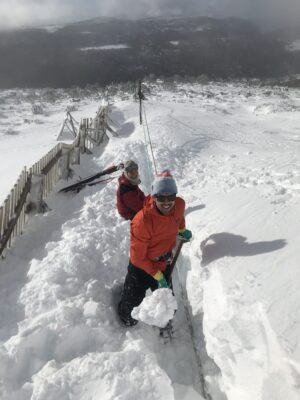 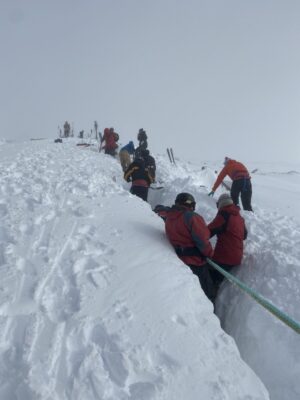 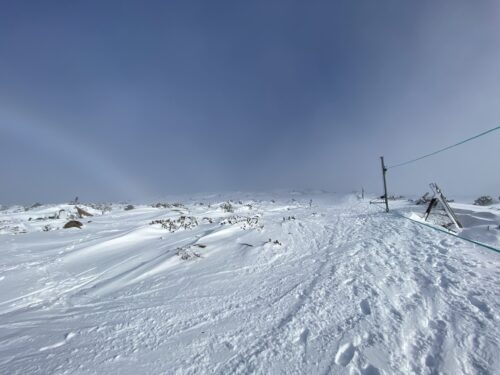 The snow conditions remained excellent all day, and the ski field was alive to the sound of happy outdoor enthusiasts skiing, boarding and tobogganing. There was a good crowd of people all day, and the Mawson Ski Club volunteers in the ticket office – Caroline, Rachel and Jo did an outstanding job of operating the Square point of sale terminal and keeping up with the constant stream of visitors. A big thanks to all the volunteers from the Mawson Ski Club and the STSA who worked hard in very challenging winter conditions to make this weekend happen – an awesome effort. 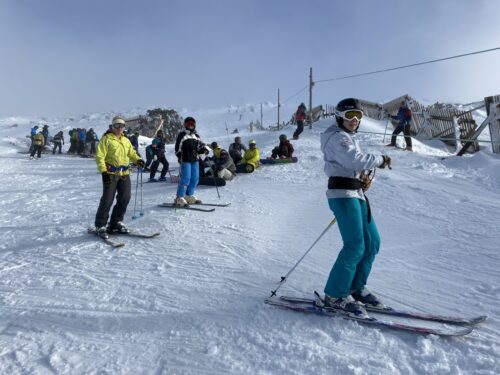 Skiers and boarders queue at the Mawson Tow 13 June 2022 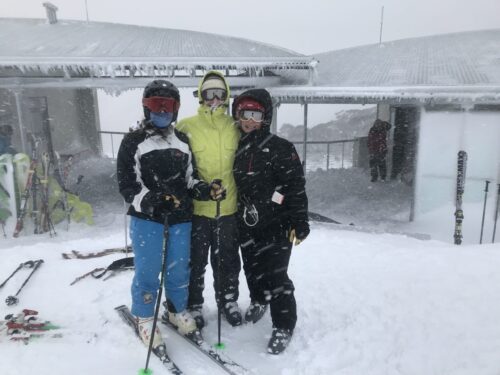 And the end of the day it started snowing again! Liv Deconinck, Matthew Davis and Karen Davis dressed for the conditions

The snow pack is such that there will still be good cover for skiing next weekend, with Oldina Ski Club volunteers rostered on to operate the tows. Come on up and make the most of the snow while it lasts!

NEXT ARTICLE →
Mt Mawson Ski Field Opens with a blast

← PREVIOUS ARTICLE
A Flash of Sun