Following damage to snow fence infrastructure at the Mt Mawson Ski Field in last season’s massive snow fall, volunteers from the Southern Tasmanian Ski Association headed up to the mountain this weekend to start the large task of replacing damaged snow fences. Two trailer loads of heavy timber were brought up to the ski field, and then carried up the hill one by one by the hardworking volunteers. Ambrose Canning, Peter Davis, Craig Larsson, Fred Koolhof and Karen Davis shuttled up and down the mountain carrying materials for three hours, while Elizabeth Webber, Liz Koolhof and Rod Stolorz focussed on dismantling the damaged snow fence in readiness for new construction. It was a good work out! 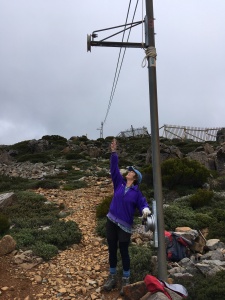 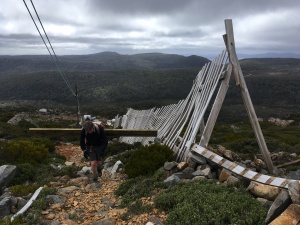 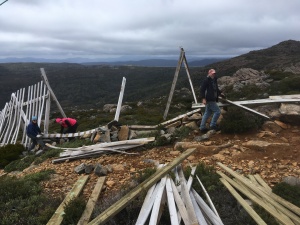 After a welcome lunch break the volunteers were joined by Andrew Briggs, Stephen Webber, Michael Wadsley and Katherine and Matthew Davis, and the construction work started in earnest. Two teams worked on building tripods for the replacement snow fence panels, and by the end of the day the sun had come out and two new frames were completed ready for the attachment of slats at the next working bee. 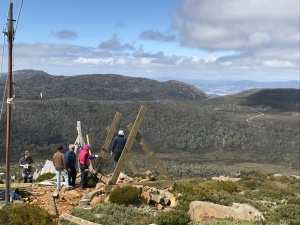 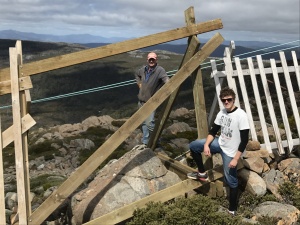 A big thank you to everyone who made the effort to turn up and help us get the Mt Mawson Ski Field infrastructure repaired ready for the next season. We want everything to be just right by the time the new Public Shelter is built and the snow arrives! Watch out for details of the next working bee on the weekend of 24-25 March – helpers are always welcome.

← PREVIOUS ARTICLE
The Crane has Arrived!