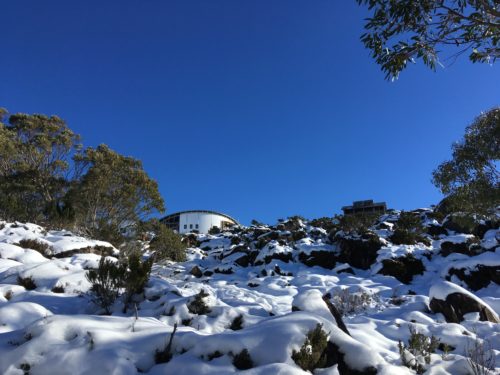 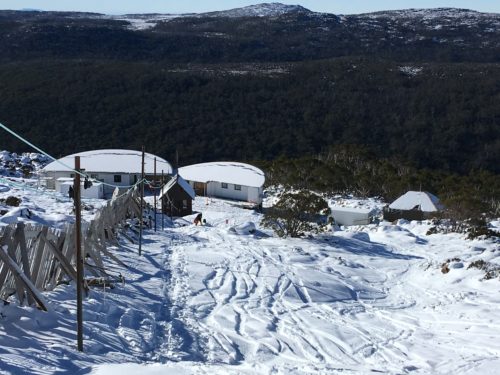 First tracks for season 2018 looking down at the building site

There’s a real buzz in the air at Mt Field National Park as STSA Volunteers continue to prepare the ski field for season 2018, and Vos Builders push on with construction of the new Mt Mawson visitors day shelter and ski facilities.  A good dump of snow on the weekend of 16th June posed some logistical difficulties for deliveries of materials, but work has continued to progress well on multiple fronts. A period of calm settled weather has allowed some key achievements to be made, including the all-important installation of the roof to the new buildings. This has allowed work to move forward on interior fit out and linings.

Discussions have commenced with the Government and Vos Builders to allow the Mt Mawson Ski Patrol to operate from the First Aid Room in the new building once ski-able snow arrives. Having a safe, dry and warm environment for Ski Patrol is a critical element of being able to operate the ski tows, and we are pleased that constructive discussions are being held about this important pre-requisite to allow Southern Tasmania’s only ski field to operate this winter.

STSA has also moved ahead with modernising the electricity system to supply the new ticket office and ski patrol room. Yesterday Peter Davis from STSA and Peter Burnett from Save on Solar Power took advantage of the mild, calm conditions to install a new 1 kW solar array on the roof of the Mawson Tow hut. Once the concrete slab has been installed in the basement of the new building the balance of the system, including batteries and electronics will be completed. This will enable 12 V lighting and 240 V power to be available to support the Mt Mawson Ski Patrol and STSA ski field operations.

Meanwhile out on the ski field volunteers have been trudging up and down the mountain in the snow completing final checks and preparations for this season’s ski season. On 20th June Ambrose Canning, Craig Larsson and Tim Metcalf successfully test-ran the Uni tow and adjusted all the pulleys to the correct height for commencing operations. This was needed as after last season’s snow fall all the pulleys ended up metres in the air due to the very large snow depths which still remained at the end of the 2017 season.

Today Ambrose Canning and Tim Metcalf repeated the process for the Mawson tow, and also successfully transported and installed a specially-fabricated extension piece on the infamous “Pole 10” of the Mawson tow. Pole 10 sits on the crest of the hill, and (up until today) was quite a bit shorter than other support poles on the Mawson rope tow. It is hoped that by having the ability to mount the pulleys higher on the pole that the rope can be kept up out of the snow more effectively. The aim is to avoid the lengthy “digging parties” needed to excavate the rope before operations can commence. These have become quite a feature of Mawson in recent seasons, and whilst they provide great photo opportunities and team work it would be better if the rope was not underneath the snow when we want to start skiing!

We will all continue to watch the weather and the building works with great interest, and will keep you informed as to when the season will officially get underway. 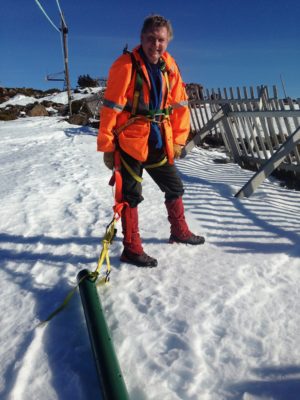 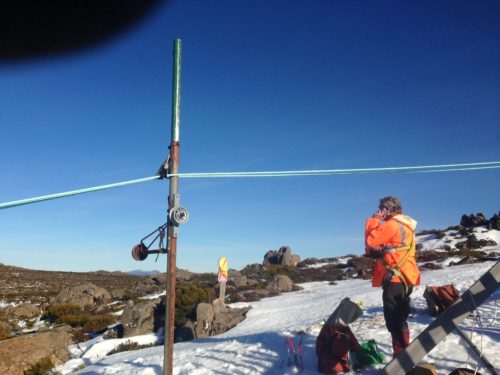 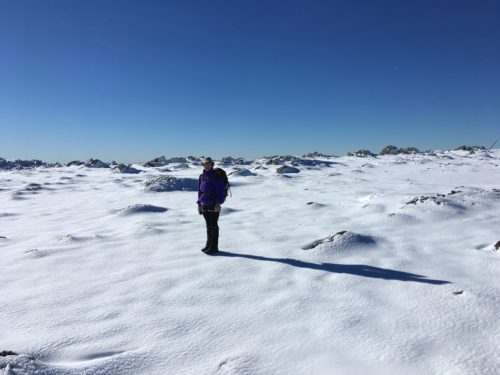 NEXT ARTICLE →
A Taste of the Season to Come